While it doesn’t enjoy the spotlight as much as the rest of the world’s tech giants, Chinese tech company Lenovo is deserving of the attention by no stretch of the imagination. It is the world’s largest PC vendor several years running, and the world’s 3rd largest smartphone manufacturer (according to 1Q 2015 figures by IDC).

But despite the company’s success, hype that usually accompanies big product launches has for Lenovo, been hard to come by. It is a problem that is not necessarily rooted in reality more than it is perception, Lenovo isn’t known for the pomp and excitement of innovative new products the same way that Apple, Google and Samsung are.

And while they don’t say it outright, this is exactly what the company hoped to address last week when it invited the world to its side of the planet, Beijing, China for its first ever global summit – Lenovo Tech World 2015.

In many respects, it was the company’s coming out party, not just a celebration of 20 years since its acquisition of IBM’s PC business, and last year’s successful takeover of Motorola Mobility, but a solid effort to reintroduce itself to the world as a younger, hipper, more innovative company.

Alongside the unveiling of a new logo, the theme of the summit was innovation, Lenovo’s big idea revolving around the principle that, “life rewards those who never stand still.”

Setting aside actual product announcements in the days leading up to the big event, the almost two-hour long keynote which took place on Thursday, was spent showcasing concept devices that Lenovo believes,
“will change the face of tomorrow.” Here are 3 of them: 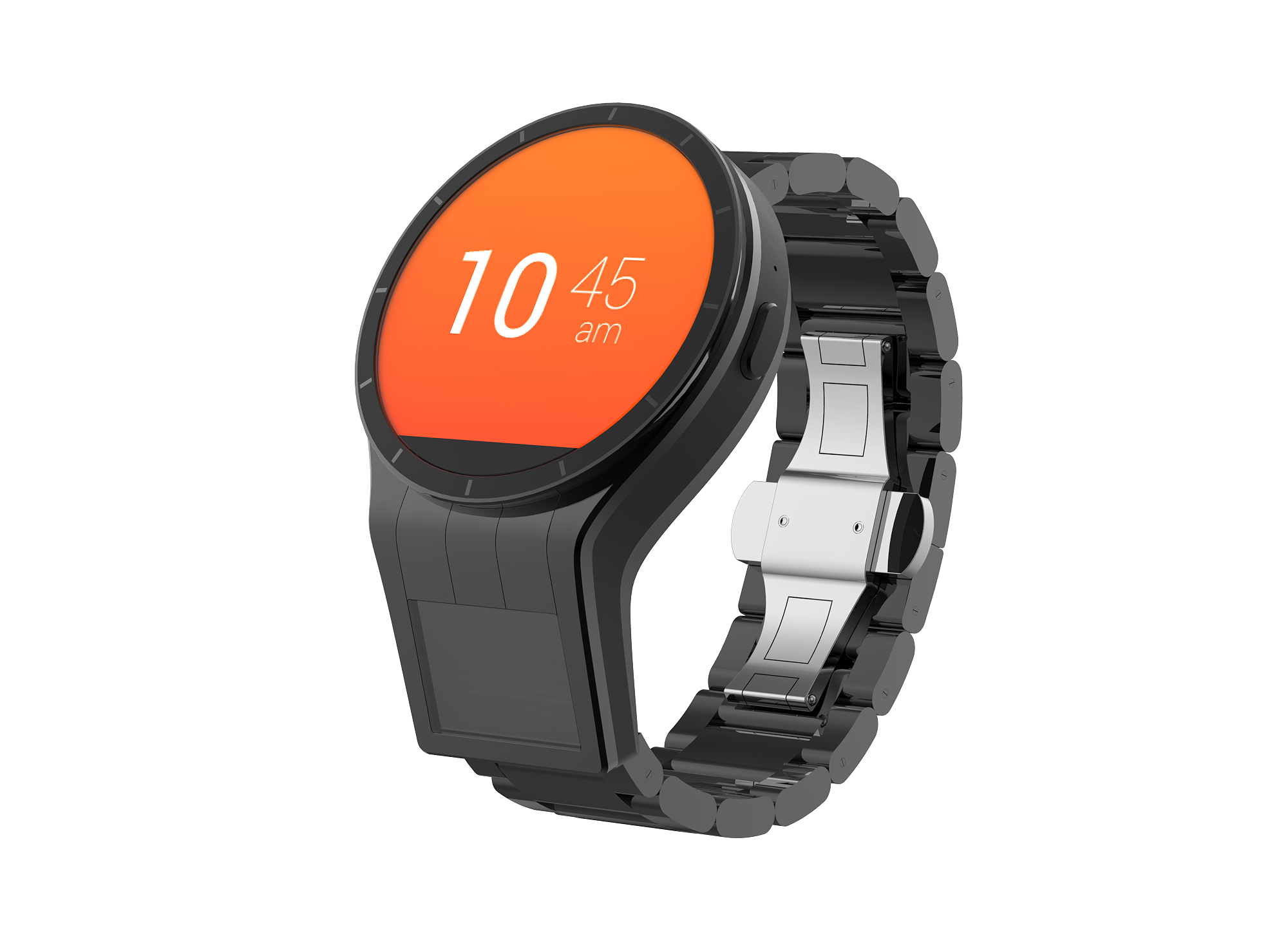 While smartwatches have yet to him mainstream adoption, Lenovo hopes to push the technology further with a concept device called the Magic View smartwatch, the world’s first with two displays. The company believes the size of watch faces on current smartwatches limit usage to just a glance screen for notifications. It proposes a smartwatch with a secondary display that can project images large enough so users could for example, watch videos on it. It’s not the most natural of usage scenarios, users will have to hold their watches up to their eyes to look into the display, an experience akin to looking through an electronic view finder on a camera, with glass like that on a periscope. 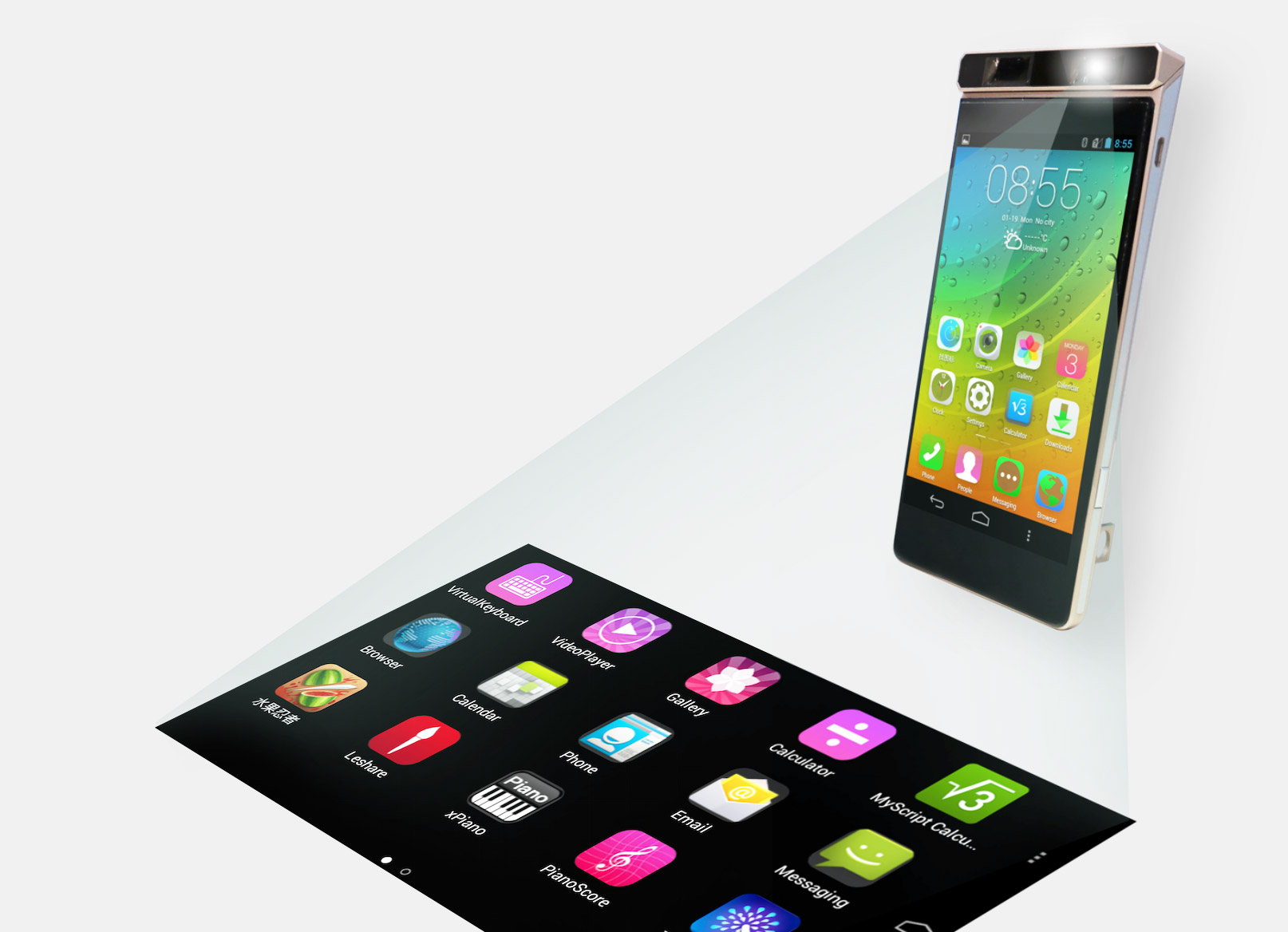 More exciting, and practical, is its Smart Cast concept smartphone with a built in laser projector. It’s not the first Lenovo device to come with a mini-projector, last year’s Yoga Tablet Pro had a built-in projector, but this one has many more theoretical uses. Apart from being able to project a movie from your smartphone onto a wall, the laser projector on the smartphone can also project a virtual keyboard onto a table and convert any surface into a touch screen – imagine playing Fruit Ninja on your wall. 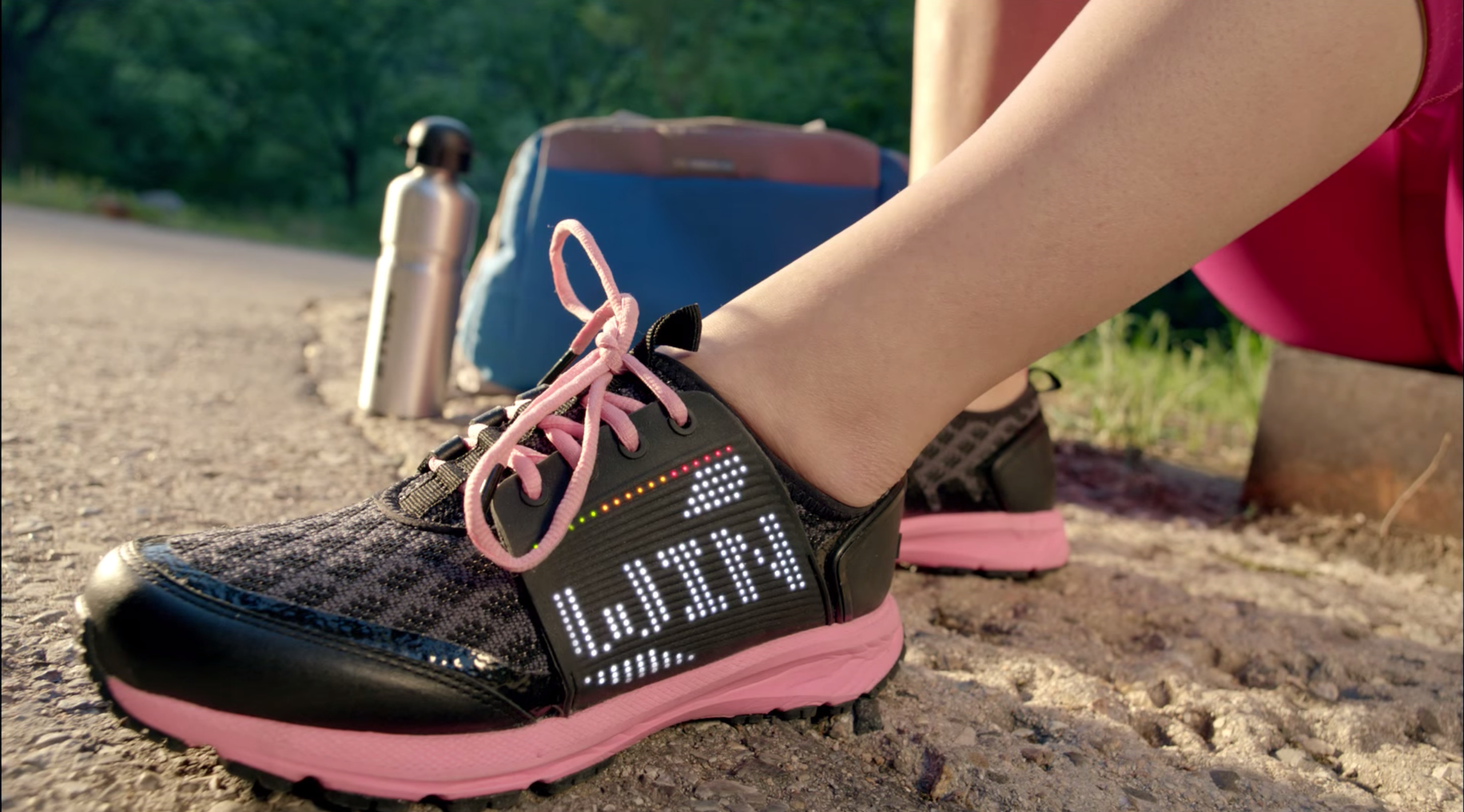 Lenovo also showed off Smart Shoes that tracks fitness metrics, calorie consumption and provide maps and directions. The shoes are part of the company’s push for connected devices all belonging to the Internet of Things and come with an LED-type screen that displays a person’s mood.