The Anatomy of a Selfie

By the time of Ellen’s Oscar selfie last March 2014, the word “selfie” was already on the global trends map. After all, it was named the Oxford Dictionaries 2013 word of the year, and before that, one of Time Magazine’s top buzzwords for 2012.

But if anything, Ellen’s world record-setting group selfie cemented “the act of taking a photo of oneself with the intent of sharing it online” onto its rightful place in pop culture.

Selfies are now as ubiquitous as the smartphones we use to take them. Even world leaders have been caught taking them.

Never before has it been easier to indulge one’s predisposition towards vanity, narcissism and/or self promotion with highly satisfactory results – pose, snap, share.

If you find it annoying, wait, don’t shoot me. I’m not here to argue whether or not selfies contribute to the progression of humanity – I’ll leave that debate to the academics (although if you’re interested I’ve rounded up some links on my blog).

From where I’m standing, anything in excess is a bad thing, including selfies, but, selfies as a form of expression shouldn’t immediately be frowned upon. That being said, let’s zoom in on the technical side of things. What makes a good selfie a great one? Is there a perfect selfie smartphone? And what selfie apps are out there?

For the most part, front facing cameras on smartphones have been more of an afterthought – a secondary camera with inferior specifications.

It took Nokia 3 years after it released its first camera cellphone the 7650 to bring the front camera to its lineup. Apple took even longer, giving the iPhone its FaceTime camera only after 4 iterations.

Even today, you’ll find that while the usual crop of high-end smartphones sport 8 or 13-megapixel (MP) main shooters, you’d be hard pressed to find a premium phone with anything better than a 2MP front cam.

At mid to lower price points however, the story is different. Fueled by a younger, and more powerful, demographic of smartphone users, smartphone manufacturers are designing a new breed of phones around the whole idea of being able to take the best selfie possible. 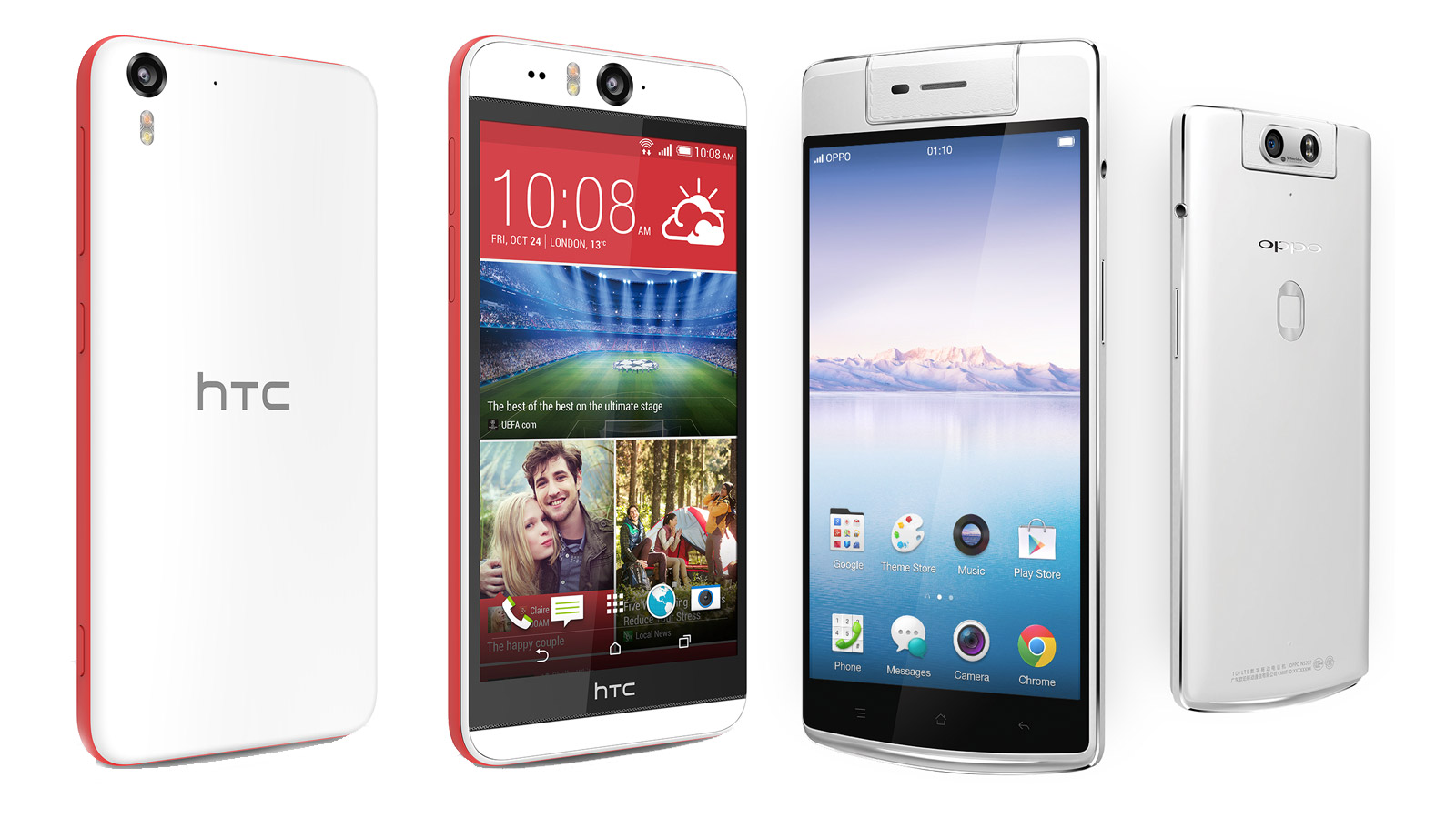 Take the HTC Desire Eye ($550) for example. The mid-level phone sports a 13MP camera on both its front and back. And if that’s not enough, also has a front facing flash for selfies in the dark.

Chinese manufacturers Oppo and Gionee currently offer the N3 ($650) and Elife E7 Mini ($270) respectively. Unlike the Desire Eye both phones have only one 13MP camera, but one that swivels from front to back and vice versa.

Other smartphone manufacturers have gone another route. Instead of improving front cameras, they’ve turned to software to make it easier to shoot photos of yourself using your phone’s main camera.

Many smartphones from LG, Samsung and Microsoft have special modes that let you frame the shot blindly following an audible beep that get faster when you’re in the frame.

There are also other phones that trigger when smiles are detected and/or you say the magic word. LG’s G3 ($500) flagship smartphone for instance will respond to cheese and kimchi. 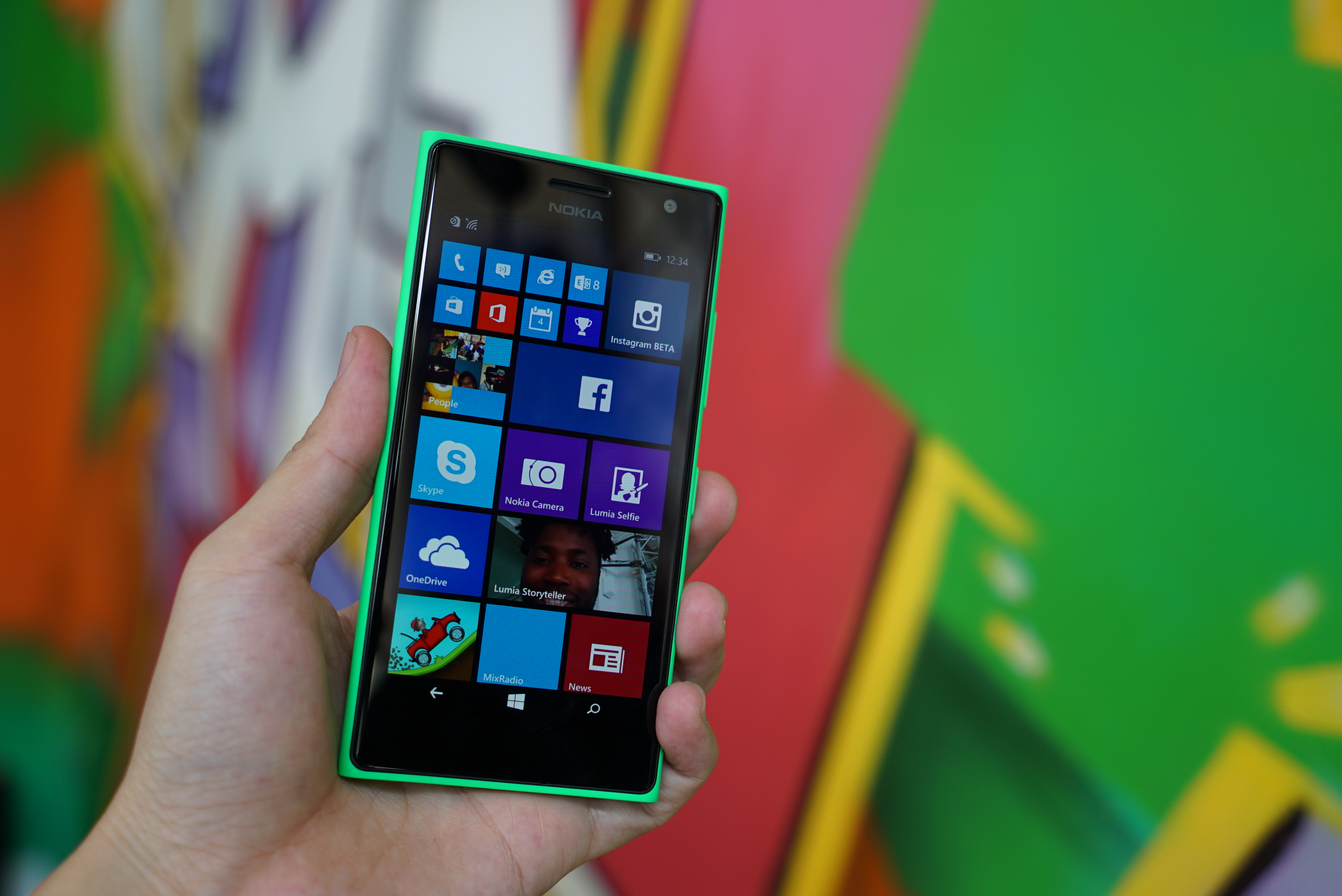 Then there are smartphones with wide-angle cameras designed to fit more people into a shot. Selfies, after all, are as much about group shots as they are solos. 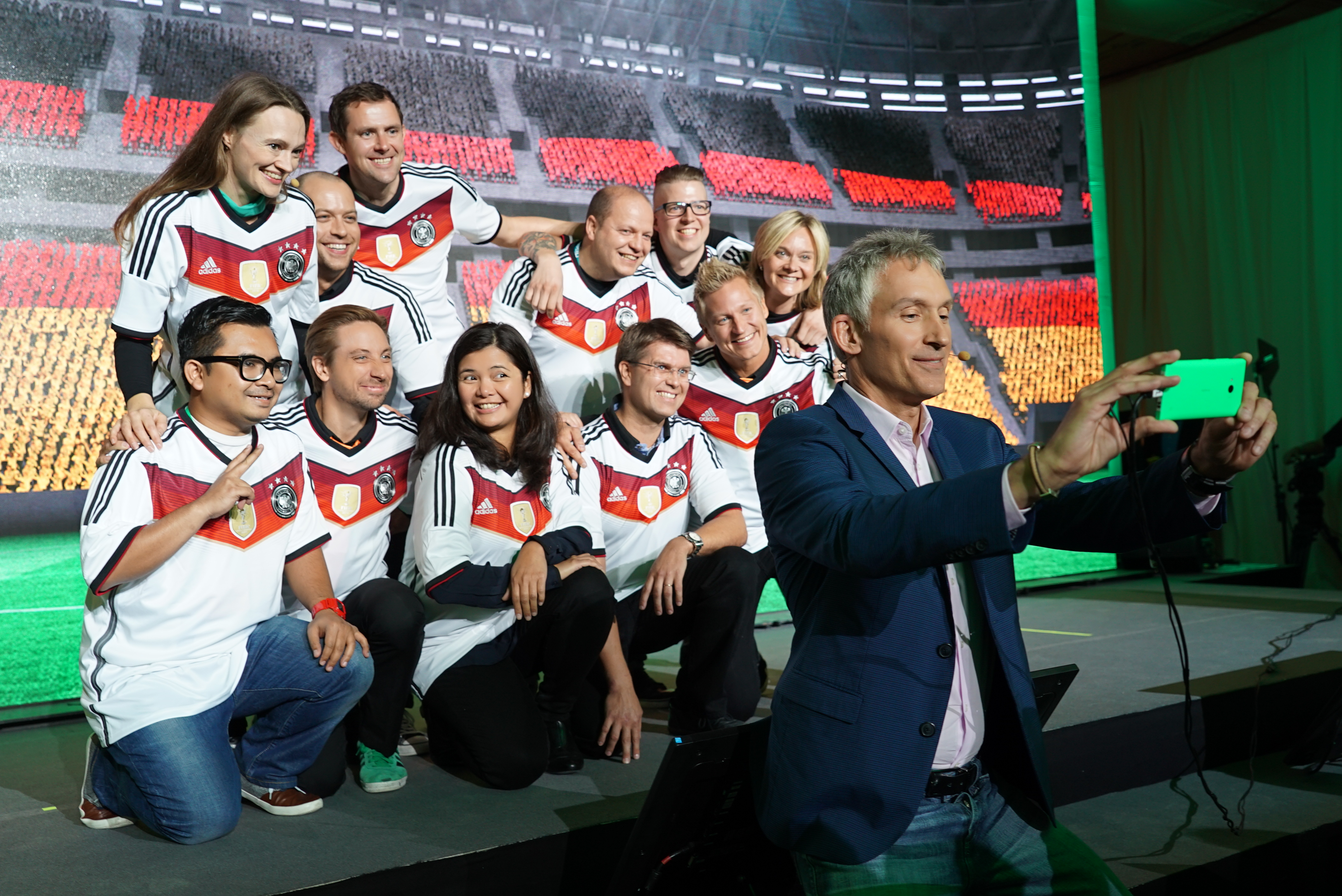 In her record-breaking Oscar selfie (taken on a Samsung Galaxy Note 3) Ellen tweeted, “If only Bradley’s arm was longer.” Microsoft says, no need.

Ellen’s Oscar selfie, taken on a Samsung Galaxy Note 3, fit 11 and a half people (half of Jared Leto) so when Nokia launched the Lumia 730 in Berlin last September it made sure to prove a point fitting 12 people comfortably into the selfie with room to spare.

In most cases you’ll rarely need to fit in that many people anyway so look for a lens with a focal length above 20mm, the Lumia 730 has a 24mm field of view, the Sony 25mm.

…Or get a selfie stick. 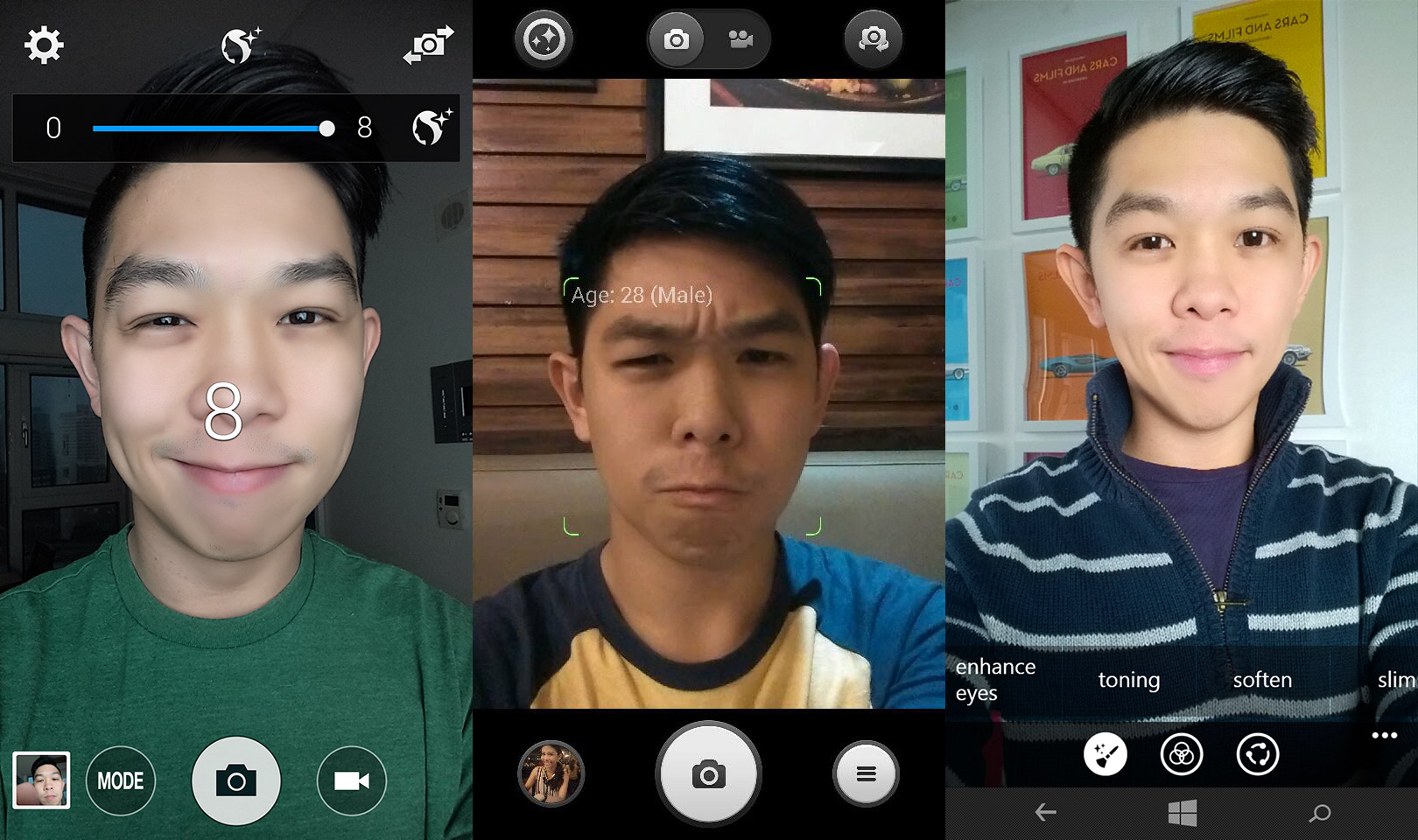 Forget Photoshop. Most selfie cameras now offer users some sort of automatic skin toning. The most aggressive is Samsung’s Beauty Face (available on most if not all Samsung Galaxy smartphones out today) which lets you choose from levels 0 to 8 – normal to airbrushed. While 8 may be overkill, level 1 or 2 mighty actually do your selfies some good softening the effect of harsh light.

Xiaomi’s Mi 4 smartphone ($390) one-ups that feature by guessing your age and gender and applying the proper filter accordingly.

The most recent crop of Lumia smartphones from Microsoft come with a dedicated selfie app – Lumia Selfie that lets you enlarge your eyes (forgive any affronts to political correctness), tone your skin, make your face slimmer, and whiten your teeth.

While I’m not sure if I like my self-portrait exaggerated, there is a market for apps like these and I must concede that for the most part, these apps are great to have in your arsenal. If you’re on iOS or Android there are tamer options like Snapseed or VSCO Cam that are also worth checking out, the latter being a big favorite.

A lot more goes into taking a good selfie – an eye for composition, finding the right light, holding the smartphone just the right way, keeping it steady and on your best angles. Of course having the right smartphone camera helps and now there a host of options available to you.

But even the best smartphone can’t do all the work.

Whether it’s selfies with sweet kisses sent privately between lovers, works of art that are well thought out and take hours to put together, or those shared to raise an awareness for a campaign, the ultimate selfie, like many things in this world, is one that taken with a lot of heart – and that’s something that doesn’t come on a fancy smartphone.

This piece was first published in The Philippine Star on December 1, 2014 as part of my regular Gadget Week column. The special Technology Section is printed every Monday.